Do You Know How K-pop Idols Date Secretly? This Is What We Know

Public dating amongst idols is discouraged because several fans feel that celebrities belong to them and should focus entirely on working hard rather than dating. This may sound ridiculous but it's happening.

Because of this, celebrities are used to hanging out privately with other idols or stars. Let's find out what sources have to say about the strategies K-pop idols are using to date and how they manage to avoid being caught. 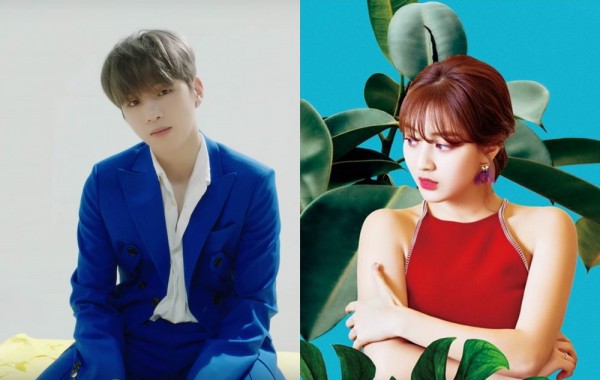 With the reports of TWICE Jihyo and Kang Daniel revealing they're dating longer ago, the issue of how idols date has been addressed again in depth. This topic was discussed in Channel A variety show titled "Rumor has it."

At each point in their professional lives, Lady Jane discussed how idols start dating. She says celebrities (during their early careers) would appreciate dates in the mountains at nighttime as if they were hiking so nobody could recognize them. They consider dating inside their vehicles after they've been actively engaged for a couple of years, and eventually meet up and head to the Han River.

Since moving out of their dormitories, they live quite comfortably there in their residences, which is what happened to TWICE Jihyo and Kang Daniel. In a way, Kang Daniel is still labeled a beginner, but he succeeded in earning a lot of money to promote in the temporary group WANNA ONE, now he's got his own apartment. Jihyo still lives in the dorm with her co-members, but is confident enough to commute with her auto and visit her partner inside the car, or in this scenario in his residence.

Kang Daniel's residence was the subject of discussion; he resided in the luxurious community in Hannam's neighborhood. It costs millions of dollars for an apartments there. The subdivision is known to be very stable and is home to so many stars, including G-dragon, Lee Jong Suk, and many others.

Yet the panel started to doubt how secure the community was. Kim Ji Hyun disclosed that celebrities misinterpret that, while their community is safe, there are hidden roads that allows stalkers and reporters to hide. This is what happened with Jihyo and Daniel, rather than photos of them together, pictures of them entering the same place were used as an evidence.

The committee was interested to know more about how the details of the dating were released, Kim Ji Hyun admitted they (media outlet) found out about celebrities dating through tips rather than being ambushed. Usually, if there are no photos, agencies would deny the reports. This, in effect, do not allow us to release the news since Dispatch can only publish about dating scandals if it is 100 percent true and positive.

Three former K-pop Stars have disclosed how celebrities in the idol world actually date. Tina from Blady, Eddy from JJCC, and Alex of High4 discussed it through Tina's YouTube channel.

Tina expressed that she would watch the final show if they were to watch a film. In comparison, Eddy suggests traveling outside Seoul and visiting places that aren't popular could help them avoid paparazzi. Though Alex suggests seeking hidden locations and hide-outs with your significant other for dates, he said peaceful places and areas not ordinary would do.