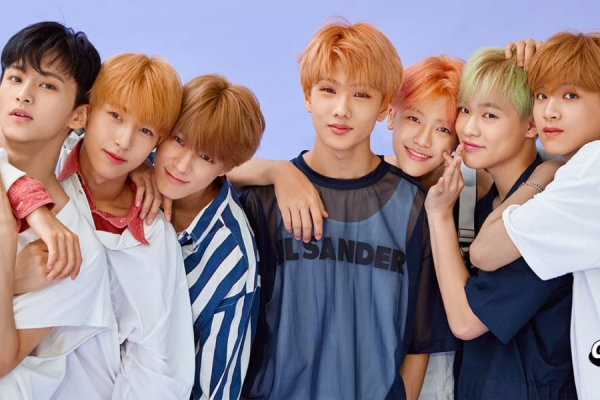 Current members Renjun, Jeno, Haechan, Jaemin, Chenle, and Jisung, have been announced to return with their upcoming Reload album on April 29, followed by a rearranged setup.

Below is the official statement of their agency.

"Greetings, this is SM Entertainment.

Firstly, following the initial launch of the new album by NCT Dream on April 29, after all those album campaigns, the structure of members graduating after being 20-year-old will be changed. The existing members will not graduate, and the seven other members would conduct events in a configuration such as NCT U with the team name NCT Dream including original member Mark.

Also, NCT Dream's Renjun, Jeno, Jaemin, Chenle, and Jisung will participate as members of new NCT teams to be introduced in the future based on the developments of their activities and will work out global promotional activities.

We extend our sincere appreciation to the fans who showed tremendous support for NCT Dream, and we hope for constant love and affection for the NCT Dream and its members.

Thank you very much."

NCT Dream is a boy band and NCT's third sub-unit. The group briefly obeys an admissions-graduation process, where they leave the unit after they exceed the 20 (19 internationally) Korean age.

The band announced the elimination of the graduating method and the change to a rotational method on April 14, 2020, just as with all seven original members of NCT U.

Mark, Haechan, Jaemin, Jisung, and Jeno had been a member of SM Rookies before. Leading up to his breakthrough with NCT, Chenle had had a solo career and undergone two months of training.

Lee Soo-man first revealed NCT at a conference in January of 2016, where he discussed about a collective that would make the debut of various teams all over the globe. Mark debuted on April 4, 2016, in the group's first cell, NCT U.

Haechan started his career alongside Mark in the second unit, NCT 127, on July 7. And on August 18, 2016, NCT Dream was revealed as the third subunit.

On June 6, 2019, NCT Dream launched "Don't Need Your Love," a collaboration track with English artist and YouTuber HRVY. About concurrent activities with NCT 127, Haechan did not participate in the song. The single was released as part of season 3 of SM Station.

NCT Dream was appointed as the World Scout Foundation's initial international ambassadors in July of 2019, with the group launching the single "Fireflies" that would be used to finance Scouting programs in low-income countries. The band also participated on July 23 at the 24th World Scout Jamboree.

On July 26, NCT Dream debuted their third EP, We Boom, and their title song, "Boom" which marked their first return without Mark. On August 6, 2019, and August 20, 2019, respectively, they obtained two wins for "Boom" on The Show.