Hong Seung Sung, co-founder and chairman of Cube Entertainment, confirmed that he is leaving the agency. 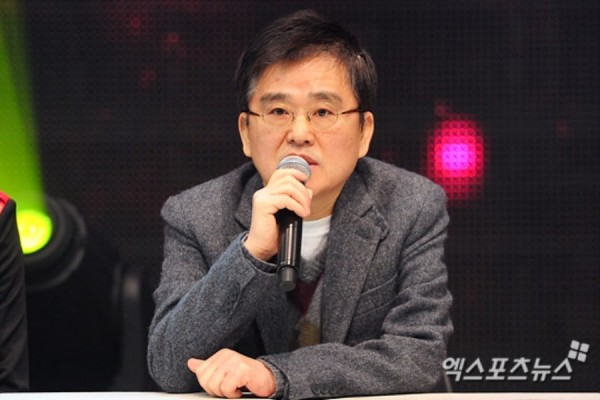 After the changes in CEOs, Hong Seung Sung posted on Twitter to voice his worry regarding the current activities of the new majority shareholders, describing them as "creating tension within the company by doing stuff that even a gang of thugs should not do."

Hong Seung Sung posted a letter on Twitter on March 31, in which he revealed his intention to leave the company. The letter states as follows: 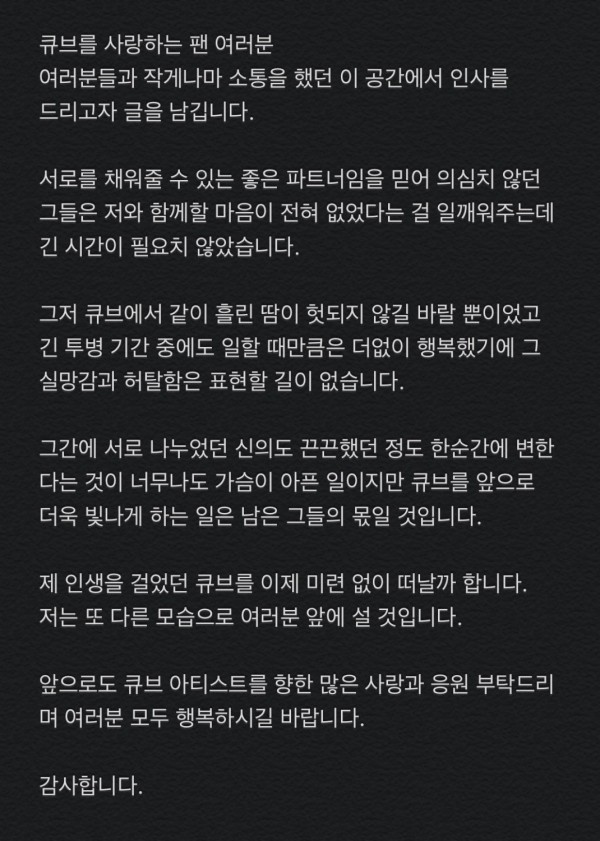 In this room where I used to talk with you often I write to address all of you.

I didn't doubt them because I figured we were good friends who could support each other, but it didn't take much time for them to make me understand they had absolutely no interest of cooperating with me.

I really didn't want the work and effort that we put together at Cube to be in waste, and because I have been satisfied beyond compare while working, even during my long illness, there's no way I can explain in words how sad and dejected I am.

It's also really sad that we've expressed our deep confidence in each other all the time shifts in an instant, but it will be up to all of us who continue to make Cube shine brightly in the future.

Now I'm leaving Cube, for which I've put my neck on the line. I will be standing in a different way before you all soon.

So keep on showing love and respect for the artists of Cube and I hope everybody will be content.

VT GMP Is The Biggest Shareholder In Cube Entertainment 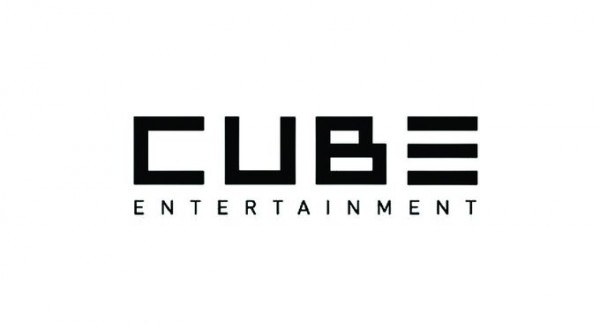 Cube Entertainment was acquired by VT GMP, a firm listed in KOSDAQ.

It was announced on February 21 that VT GMP bought 30.61 percent of Cube Entertainment assets for $29.1 billion won (about $24.1 million), shifting Cube's majority shareholder from iHQ to VT GMP.

Hong Seung Sung, CEO of Cube, posted on his official Twitter account; "Cube has partnered up with a really good collaborator to encourage us to take stronger leaps. We'll strive to become a steady sparkling Cube Entertainment by making up for and fulfilling in the needs of each other."

Most recently, Cube Entertainment was a subsidiary of iHQ, an affiliate of cable TV firm D'LIVE.