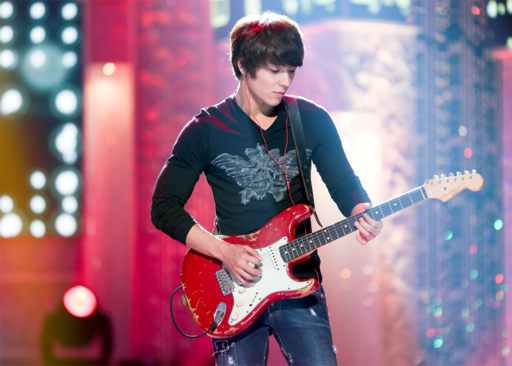 Choi Jong Hoon was convicted for suspected bribery during a drunk driving accident in 2016 and has distributed illegal videos. On March 27, in the afternoon, the Court of Seoul declared its ruling of the first trial against Choi Jong Hoon on grounds of attempting bribery and disseminating illegal video.

Choi Jong Hoon was sentenced to one year in prison and two years suspension of probation along with the eighty hours of a sexual assault recovery program.

The court claimed that "Choi Jong Hoon wanted to give a bribe for personal benefit to a public official, attempting to harm the justice of drunk driving regulation and social trust."

They continued, "Moreover, he quickly and easily transmitted videos that could manipulate a sound sexual awareness, and hence trigger great social harm by filming a woman's naked body, giving it to others and circulating sexually explicit content."

Choi Jong Hoon has already been arrested by police when he gave the police officer at the time a 2 million win (about $1,778) to cover his drunk driving accidents in 2016. He was also blamed for distributing illicit films.

In January 2016, a total of five people were charged with attempted rape in Gangwon Province involving Choi Jong Hoon and Jung Joon Young, and in March 2016 in Daegu. They were also charged with making and disseminating films that were illegal in those days.

Jung Joon Young was convicted to five years imprisonment and Choi Jong Hoon was found guilty of sexual harassment of someone who was unable to resist. They will also complete 80 hours of counseling in the sense of a sexual assault clinic and will impose five-year job restrictions with every child and adolescent organization. The motion by the prosecutor for the defense of the five defendants was rejected.

The horrendous crime-which took place in the depths of society in South Korea-was at least brought to light. A separate police inquiry into the K Pop singer Seungri-allegedly a member of the group chat of Jung-confirmed the case against them.

Seungri has also been charged with providing prostitutes for potential business investors, whose boyband Big-bang has been released more than 140 million albums. During the investigation of this case, the police allegedly found Jung's clips.

The prosecutor demanded that a sentence of one year and six months for the offense of bribery be imposed in a trial held on 18 March at the Seoul Central District Court. If convicted, he will also face further fines for becoming a convicted offender for sex crimes, for completing a reformation program for sexuality-based offenders and for spending five years in children's and adolescent-related institutes.

The lawyer of Choi Jong Hoon replied to the suggestion, that he "rejects the bribery charges but has acknowledged that he has faulted the remaining claims. The accusations are false, and we are going to dispute the allegation of bribery."

"I deplore my foolish actions and accept my punishment for it," Choi Jong Hoon stated. "I will support my neighborhood not as an icon, but as a regular man if and when I return to normal life."