According to the big data analysis released by the Korea Institute of Corporate Reputation, idol groups BTS, LOONA and BLACKPINK topped the list of brand value ranking among K-pop groups for the month of March.

The data were gathered from the February 26 to March 27, analyzing the big data of 100 K-pop idol groups that were actively promoting and participating activities including media activities, brand modelling, communication, etc.

Based on the list, Bangtan Sonyeondan, or prominently known as BTS, comes at first, accumulating 13,605,781 points and keeping their ranking since the year 2020 started.

Not only they were top for the general ranking, but BTS also reigned against Male K-pop boy groups, maintaining their first-place ranking for 22 consecutive months, since 2018.

The highest phrases that were usually connected to them were "Billboard," "Album," and their recent comeback song, "ON." Some keywords were also linked to the group, including, "cheer on," "thankful," and "donate." Around 82 percent reacts to the group positively, proving their domination.

Meanwhile, LOONA rose from 10th place to 2nd, stealing the place from GFriend, co-label of BTS who is now at 7th place. LOONA, who debuted in 2016, was gradually gaining attention not only in South Korea but as well as international countries including the US. Their song genre breaks the stereotypes of female K-pop idols being cutesy and coy, and try different genre each of their comebacks, evident that they were a dynamic "girls of the month."

Meanwhile, BLACKPINK won against Red Velvet, garnering 5,219,601 and is currently at 3rd place, followed by Red Velvet at 4th. BLACKPINK's Jennie and Red Velvet's Joy also competed for female idol's brand value and reputation ranking, wherein Jennie is listed as the top 1, MAMAMOO's Hwasa is the second place, and Joy as the third placer.

On the other hand, fans and netizens were amazed that second-generation K-pop group, who rarely had promotions and appearances both in television and events, still got their slot in the ranking, such as Girls' Generation, who had their last comeback in 2018 through OH!GG, similar to SHINee who is on the 17th spot which held their last group activity in 2018 before their military enlistments. BIGBANG, VIXX, f(x) and BTOB are also part of the listing despite hiatus. 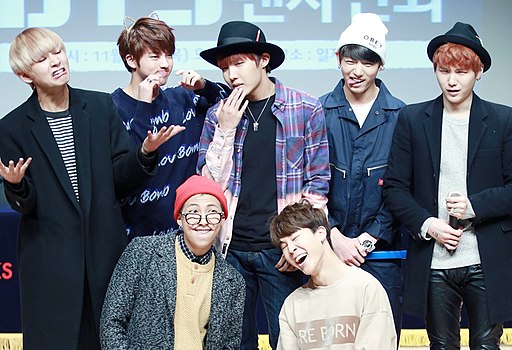 Here's the complete list of the Top 30 K-pop groups who entered the Brand Reputation Ranking.